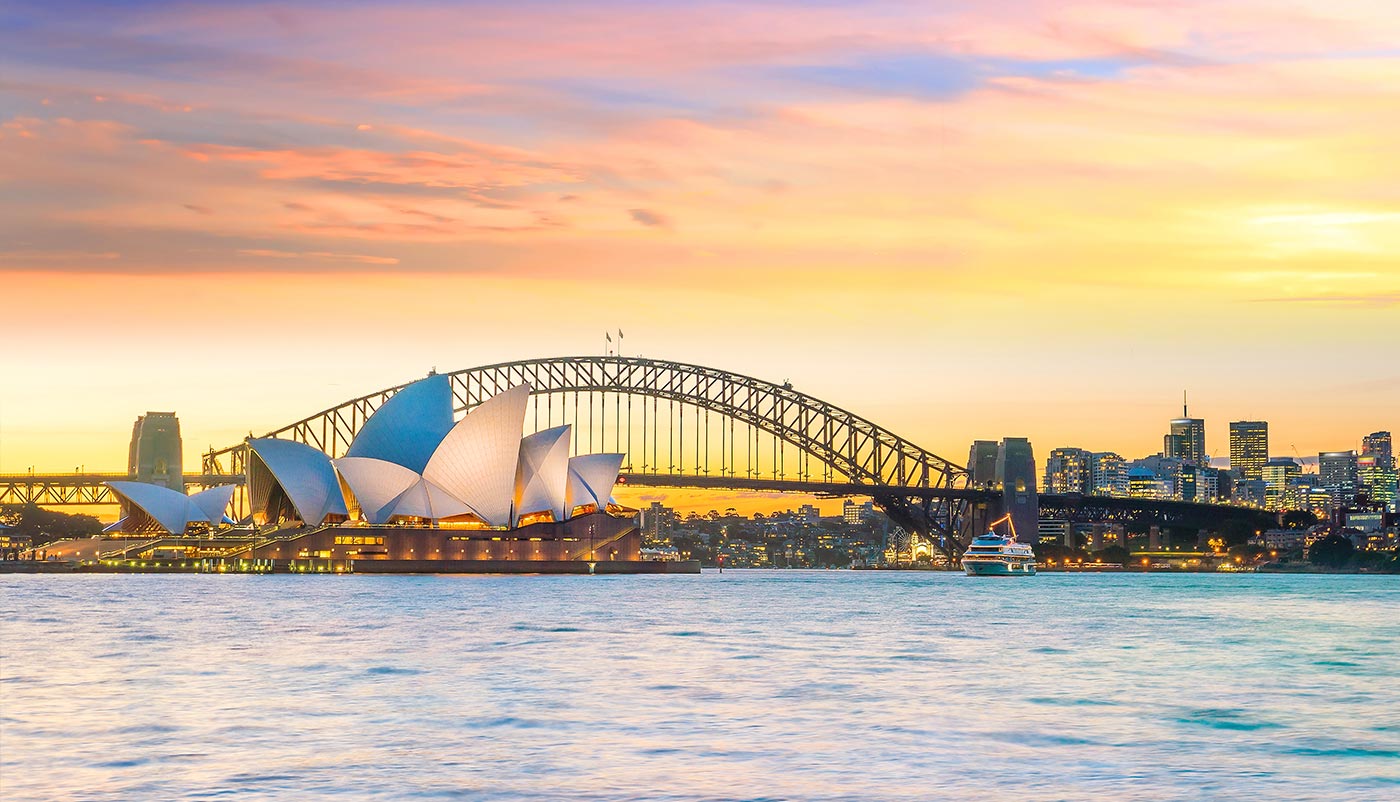 Sydney is a popular destination for charter flights. A city that boasts some of the country’s most iconic landmarks and destinations from the Sydney Opera House to Bondi Beach, Sydney is the place to be for both business and sight-seeing. With a mesmerising skyline, beautiful harbour, spectacular coastlines and a vibe like no other, it’s not hard to see why it is one of the most-visited and well-recognised cities in the world and a popular destination for our Flight Charter travellers. Take your trip to the next level with the convenience of a private jet and enjoy this iconic Australian destination with a chartered flight.

Holding one of Australia’s busiest airports, many visitors and residents choose the convenient option of a personal Flight Charter service to get in and out of the city with less hassle and more comfort. Contact us today to discuss your private jet hire needs and get a charter flight quote.

Home to one of the world’s greatest icons, Sydney is a magnificent city to explore, relax, and unwind. Here are several attractions that are highly recommended during a trip to Sydney:

Sydney offers a myriad of luxury and boutique accommodation throughout the city and its neighbouring regions which can tailor to all of your needs no matter the purpose or length of stay of your visit to Sydney. You may wish to consider staying at one of the options below after your chartered flight:

Sydney is a busy city and the skies are no exception with most airports in and around Sydney able to facilitate private and chartered flights. The airports that serve the city and the surrounding areas include:

Book Private Jet Hire to or from Sydney, Australia now!

Sydney is a city of activity, excitement and an endless list of things to see and do. Just because your time in Sydney will be busy, doesn’t mean you shouldn’t be able to relax on your journey getting there!

Flight Charter can guarantee comfort, reliability and safety with all of our experienced charter operators adhering to the strict guidelines enforced by CASA. Our team is experienced throughout all aspects of personal jet and charter hire to and from Sydney and have established relationships with all of the major and regional airports in the area.

Contact our head office for bookings and let us do the work so you can enjoy the flight.